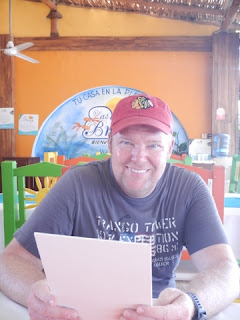 We dinghied into shore for breakfast and had yummy food once again at Las Brisas.  We all caught up a bit on wifi and tried to figure out our day.  It was a bit rolly in the anchorage, but we decided to stay anyway and thought setting our stern anchor would be a good idea.  That is when the fun began.

Al and I stayed in the cockpit while Mike took the stern anchor in the dinghy.  We let out rode as he set the anchor and then Al pulled up the slack.  That is, until the line went slack.  The big ol knot tied to the nylon part of the rode pulled out and our stern anchor was now sitting on the bottom of the anchorage dancing in the surf and attached to nothing. 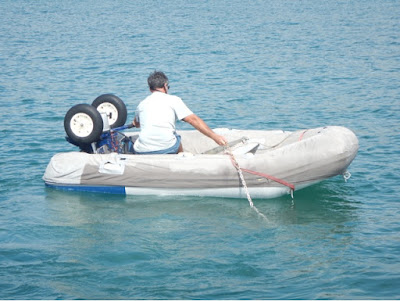 Mike had a great idea of taking the remaining rode out in an arc to find the anchor within the radius of the chain.  I liked that idea, and offered to help.  Mike had Al get in the dinghy and hold onto the rode while he free dove for the anchor.  The surf was picking up and it was really murky in the water, so Mike had a hard time seeing.  Al damn near got pulled out of the boat holding onto the rode, as Pangaea was bucking in the surf. Turning on a video would have been a really good thing to do at this point.  Instead, I offered to spot Mike and be there on my paddleboard where he came up for air and give him a much needed rest. 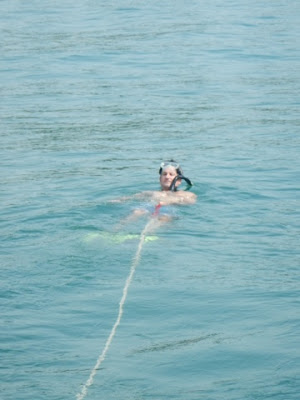 After a while of unsuccessful dives, Mike decides to use the tank on the boat with a hooka hose so he can breathe underwater.  Kevin and crew apparently had been watching for some time from their rooftop deck and came for a closer look, with beers in hand.  They asked, "What the HELL are you guys doing?!"  I told them that we were teaching Mike how to scuba dive....trial by fire approach (Kevin is a retired fire chief). They laugh and dinghy off to a more interesting spot.

At this point I remind Mike of his brilliant "arc with the remaining rode" idea.  He took the end of the rode in his hand, dove, and it one attempt of his own design, found the stern anchor. 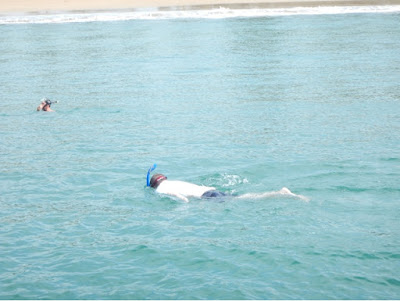 All that teamwork paid off, and we decided to celebrate the recovery and now successful setting of the stern anchor with beer and totopos on the beach. 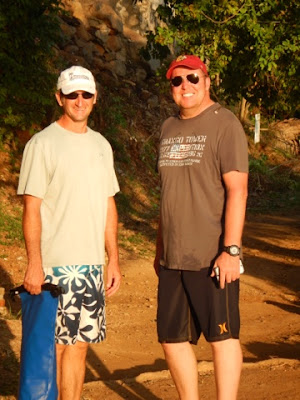 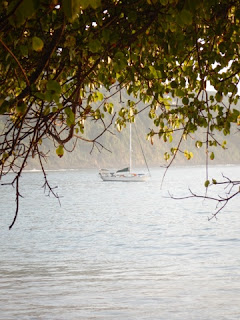 Al and I got some great sunset shots and then we stayed for dinner.  I had the best coconut shrimp of my life (no lie) at Las Brisas for dinner.  They served them on skewers with a pineapple salsa/dipping sauce. Oh.My.God!! 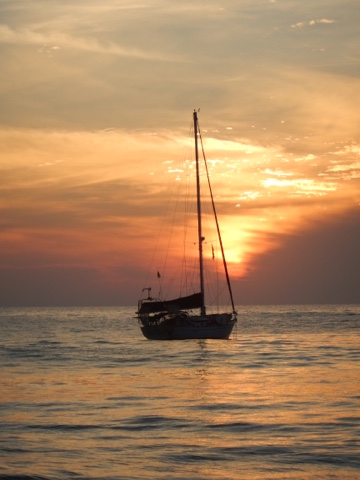 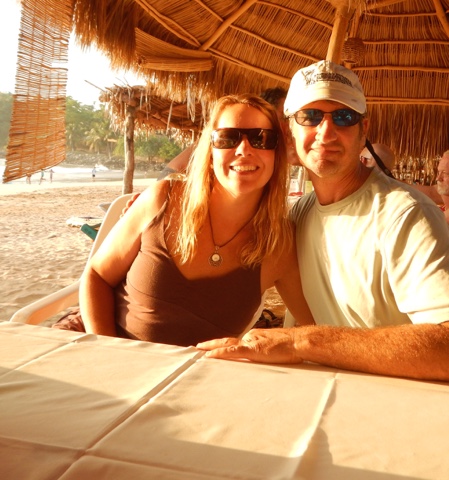 First Mate Kate (and her date)

Posted by Pangaeaworldtour.com at 6:00 PM