We are not traditional very politically active as a couple, but the recent events in our country have motivated us to be more so.  We are committed to being active voices in democracy.  We believe in the values our country adopted over the past eight years and were encouraged by the progress the US has made in alternative energy, equal rights for all people, equal pay, accessible health care, and regulations that protect our people, money, lands, and planet.  We fear that the far right has its own agenda and will undo so many policies that were put in place to protect these important elements.  We are shocked that the new administration has put wealth, loyalty to Trump and power as the main qualifications for cabinet positions.  In many cases, the candidates have absolutely no experience for the role they were chosen, and in a few cases, the candidates actually want to eliminate the position for which they were chosen.

For the record, we happen to love Mexico and Mexicans.  We have spent 6 months of every year for the past three years in Mexico and we have only experienced lovely people who are generous and happy.  No bad hombres. 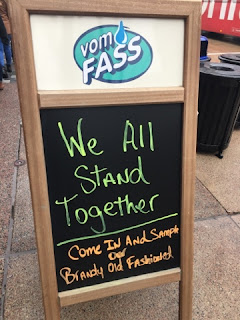 One of the elements of the march that struck me the most was the positive vibe.  Although there were definitely anti-Trump aspects to the march, the majority of people were marching for Women's Rights, Women's Reproductive Rights, Equal Rights, Diversity, and the importance of the US being a safe-haven for refugees. 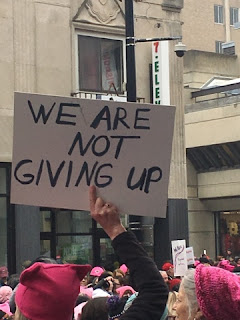 With a president who has demonstrated sexism, misogyny, racism, homophobia/transphobia, xenophobia and an inability to think critically, women are motivated to fight for the values and rights the people of the US have fought so hard to have. 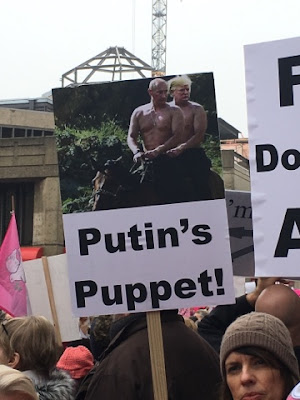 I personally found it strange that Trump was such an overt Putin defender and supporter during his campaign.  It seemed awkward.  The fact that Russia interfered in our election makes his behavior make more sense.  Very scary.  So, this was also a favorite poster. 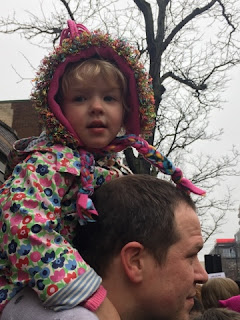 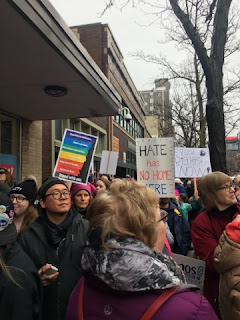 There were estimates of 100,000 marchers in Madison, which is pretty impressive for a town of 300,000 people.  Proud of my hometown. 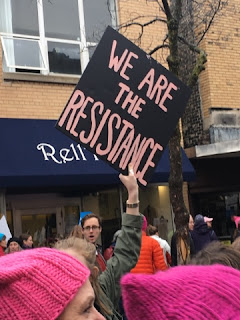 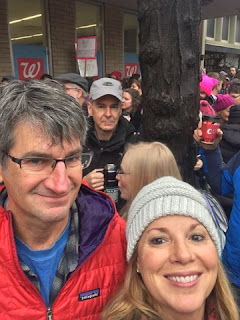 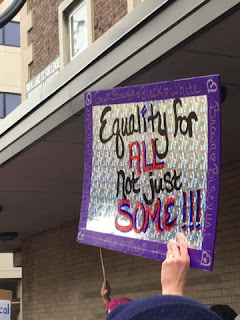 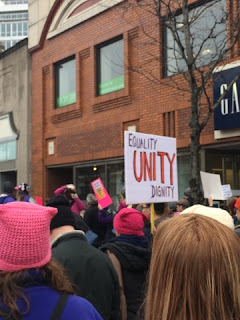 Equality was a recurring message in this march.  For all.  Not just women.  All sexes, all races, all religions, sexual orientation.  Are we are willing to support one another...hand in hand. 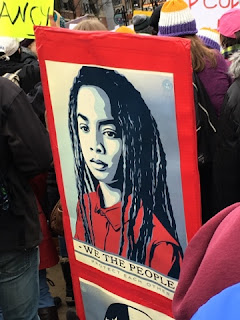 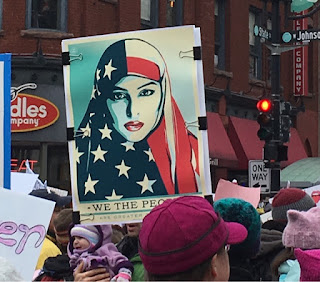 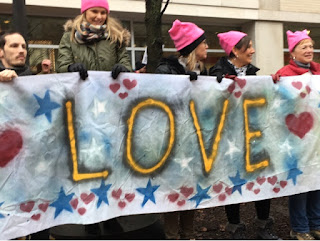 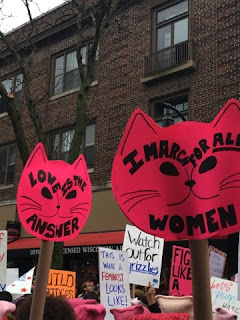 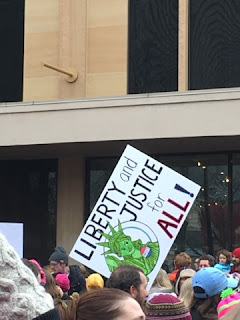 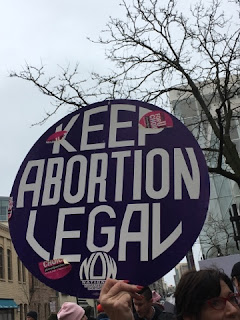 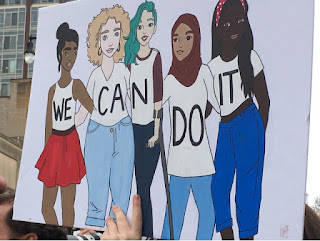 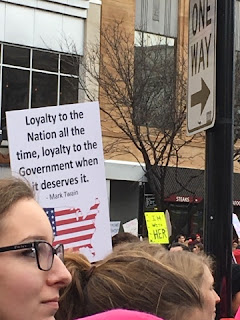 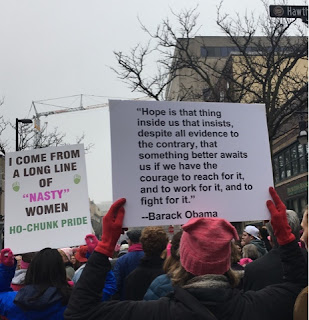 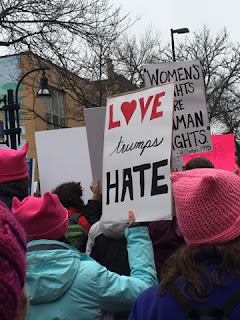 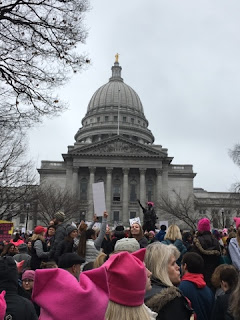 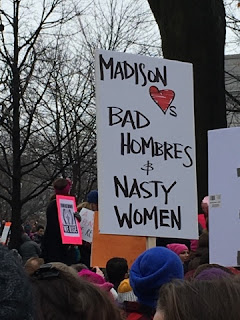 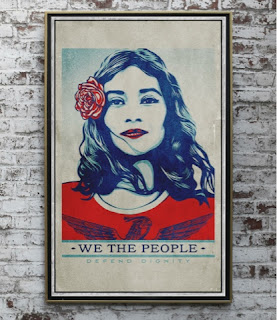 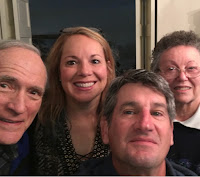 First Mate Kate with Mom and Dad and Mike

Posted by Pangaeaworldtour.com at 7:32 PM