Baie du Contrôleur or And then the engine stopped working 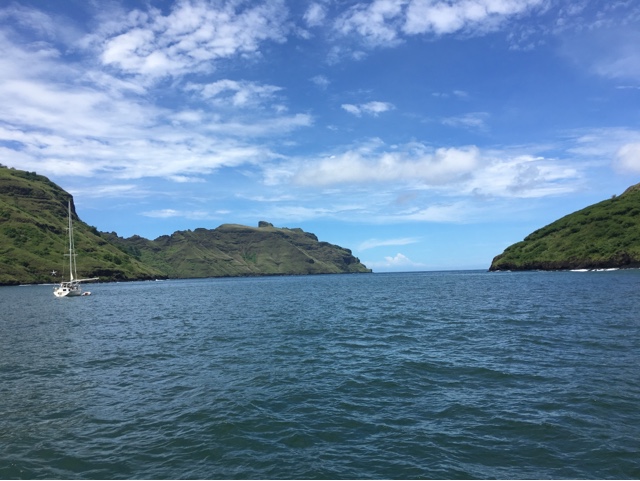 Life doesn't always go as planned, even when you are living in paradise.  In fact, a common joke about boat ownership is that it is really just doing boat repairs in exotic locations. 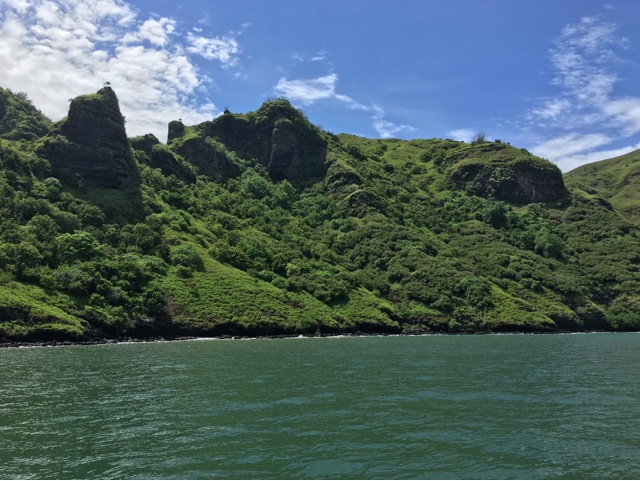 Mike and I joined Rob and JD on Shindig in Comptroller Bay (site two of the first season of Survivor).  Because we had a good share of motoring between Mexico and Nuku Hiva, Mike thought it wise to change the fuel filter. 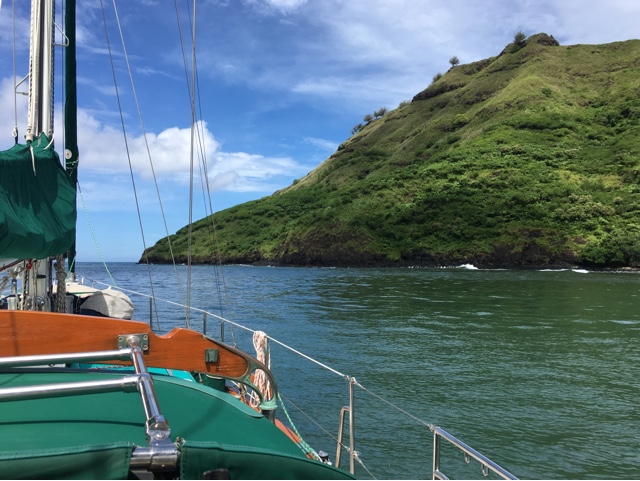 All went well.  He turned the engine on after he completed the task, and all of a sudden the engine ceased. Almost simultaneously we both shouted, "Did you do that?"
No. 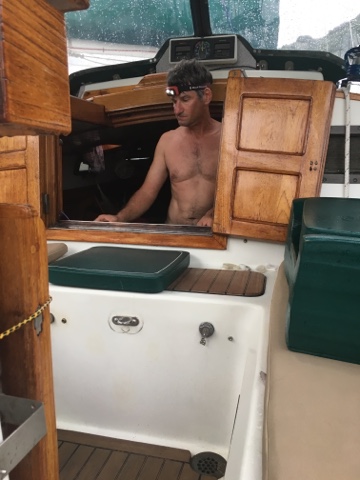 Mike is a mechanic and a mechanical engineer.  He is an excellent trouble-shooter. However, this time, nothing he tried seemed to fix the engine. To exacerbate our frustration, a lot of rain throughout the day left our battery levels low and we weren't able to fire the starter battery.  We went to bed feeling a bit worried that there was something more serious wrong.
The next morning we awoke to sun charging our batteries (thank you, solar panels!) and the trouble-shooting began again.  Rob and JD came over to help. 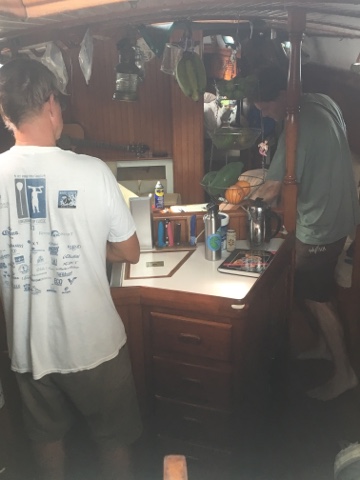 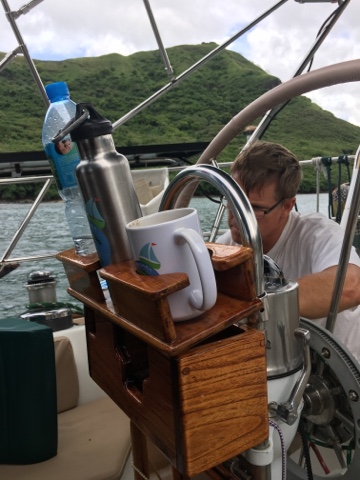 Nothing, nada, il ne marche pas. The engine would not turn over. Rob offered to tow Pangaea via Shindinghy out to the bay where we could safely return to Taiohae Bay under sail. We prepared for a tow, and just before Rob returned with JD, Mike decided to try starting the engine.
Guess what?!  It started!  I made a "whoop woo!" that filled the bay!  We radioed over to Shindig to share the good news and the guys decided it would still be prudent to have a dinghy escort out of the narrow, rocky finger of a bay we were navigating. 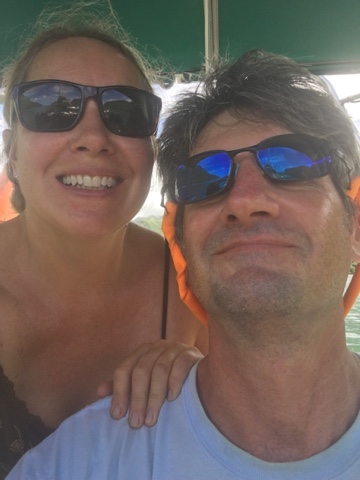 We had a fabulous escort , little Perky kept on running and we made it back to Taiohae Bay. 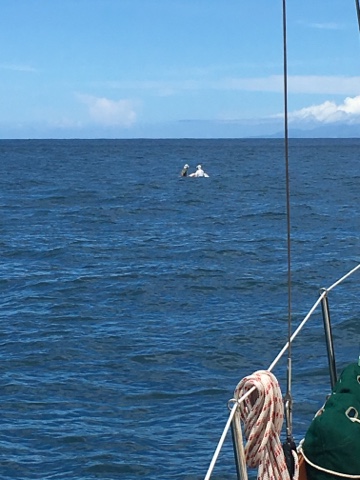 Time for a margarita!
First Mate Kate
Posted by Pangaeaworldtour.com at 11:26 AM