Transitioning to Living Aboard Pangaea

It may be hard to tell from the happy blogs and photos, but when we first came down here for an extended time in October, I was really depressed.  It wasn't until Nancy on Shindig introduced me to La Escuela de Musica and got me singing and playing the piano that I found my happiness again.  Because I spent the last 20 years in my career singing and playing the piano to teach singing and restore the health of the voices of my patients, I wasn't ever really without playing the piano or singing. All it really took was one month of no music making to see that it's not just something I love to do...it's something I NEED to do.

When Mike and I came down in October, we decided to leave the instruments at home because we had so many other things to bring down.  Big mistake.  I should have taken this sign we saw in Portland, ME while taking an Offshore Emergency Medicine course as a true SIGN! 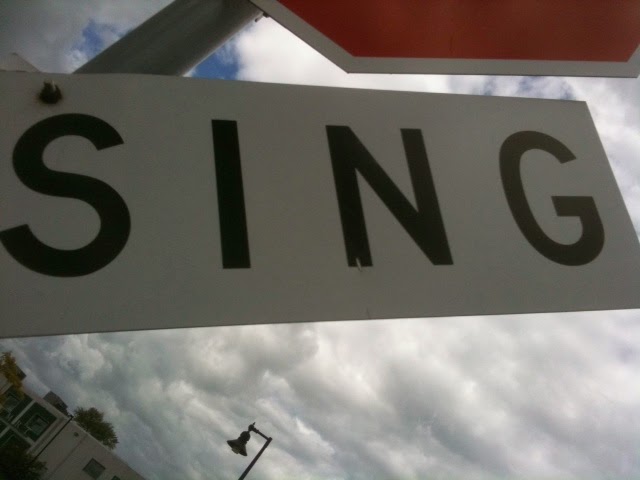 So, I found a guitar at the sailing community's Swap Meet for $60 (including a soft case and extra strings and with an electronic tuner and pickup!) and regained my musical "power". 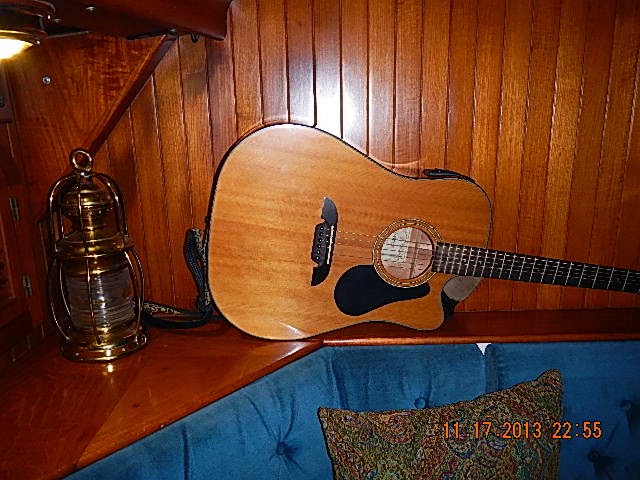 When we came down two weeks ago...we brought down... 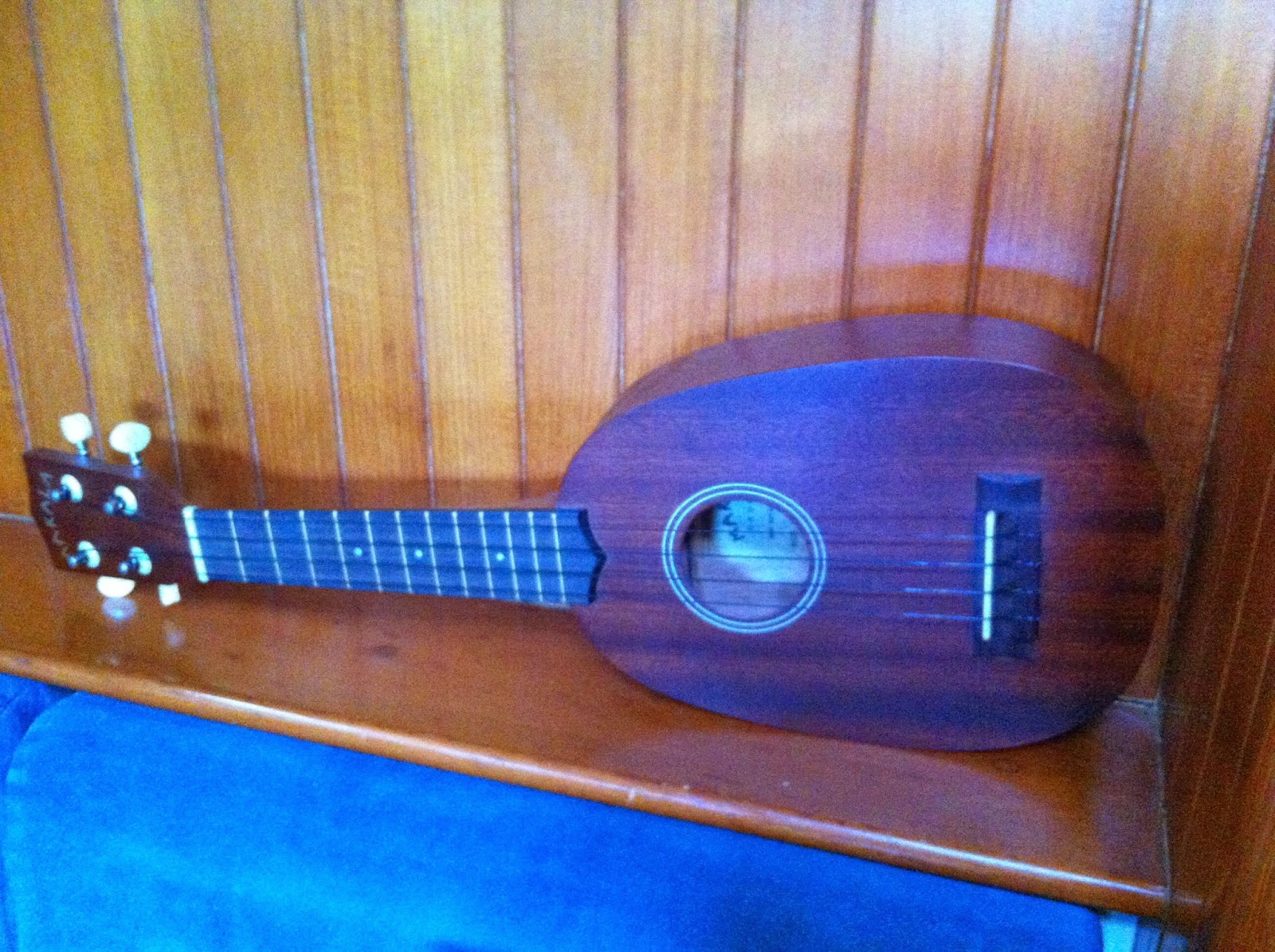 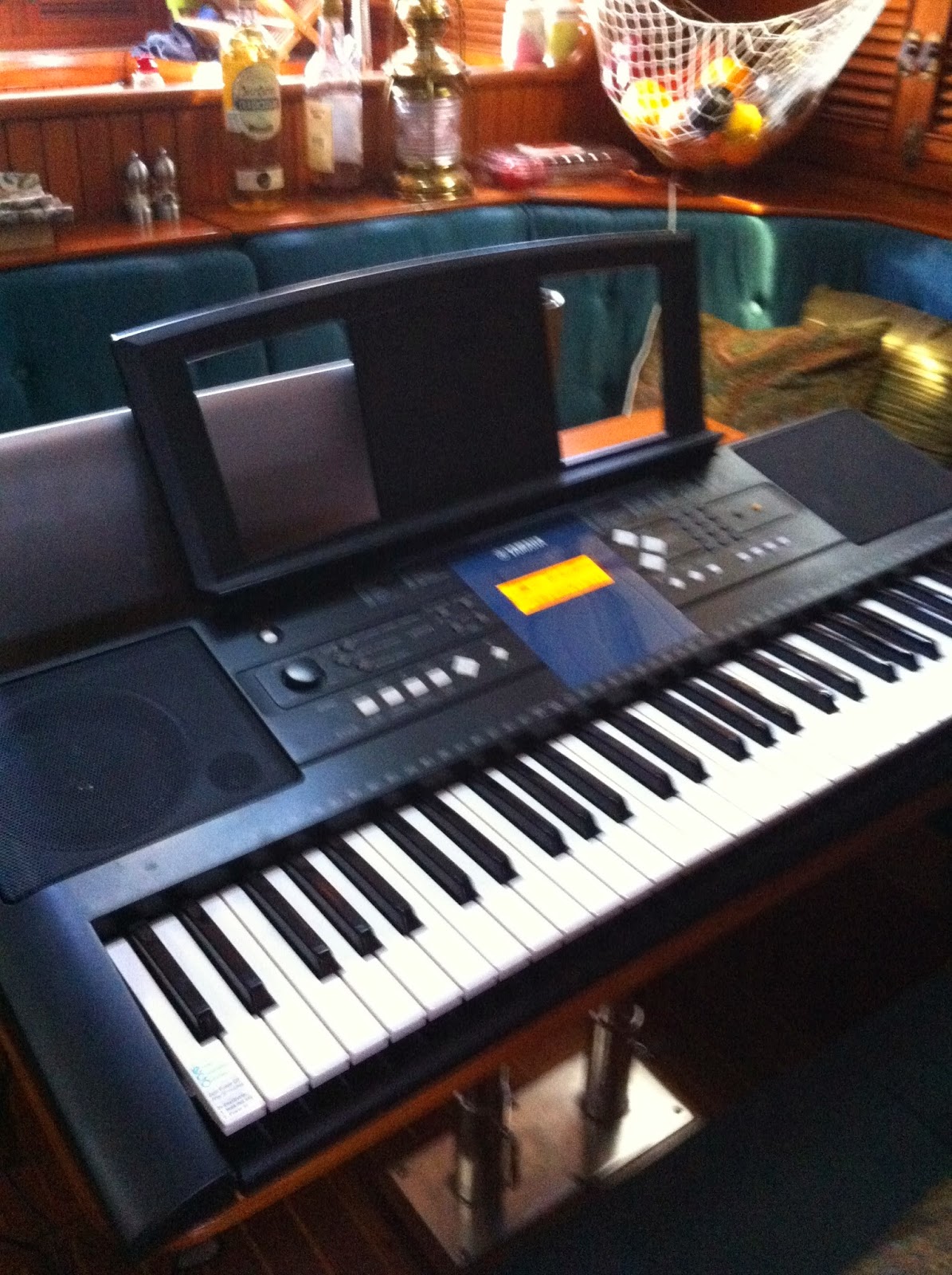 A ukelele from the Boulder Music Co and a keyboard courtesy of my friends Kathryn and Marc!

Now we make music on Pangaea every day!  In fact, Mike is playing the guitar for me as I write this blog.  :-)

It has been a really windy day today.  We spent a good part of the morning securing the boats on Dock 3.  Many people are away, so we made sure their boats were tied up well and nothing could potentially fly away.  The forecast was for wind speeds around 20-25 mph, but we heard there were gusts up to 45!

This was taken from my iPhone, so not the best, but you may be able to see the red channel buoy up against the breaker instead.  It takes a lot to move what should be a permanent channel marker off its mark.  Definitely not a day for casual cruising.  It would have been a fun day to kite surf.  Unfortunately, we are just wanna-bes right now.  Next time!

I thought that I would end up with dreadlocks if I spent too much time outside, so Mike and I resorted to a lazy day of watching episodes of Arrested Development.  I tip my hat to you, writers of such smart comedy.  We spent the day laughing our ars's off!

We ended our day with a night on the town with some of our fellow dock 3-ers.  We wanted to go to the restaurant Trocadero, but it was closed.  Thus, we headed to Nim on the advice of Lance on Kylahi.  Great choice!  The food was wonderful, as well as the service ( I had the chicken mole) and everyone was happily just a little too full on our way out.  I think I had the best chocolate-chocolate chip ice cream I have ever had, served with a chocolate chip lava cake.  My new PMS go-to food.  Oh....and I sang "Besame Mucho" with the mariachi band!  They seemed to like it.  :-)